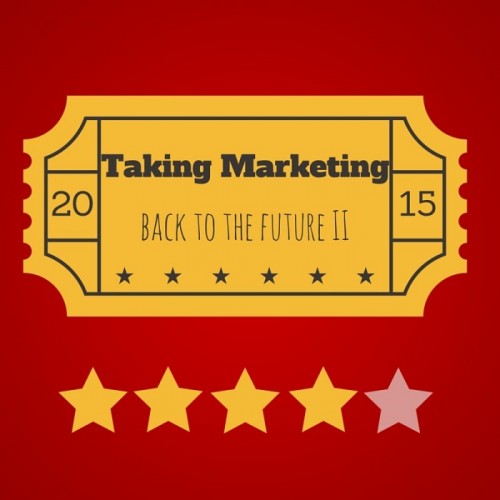 21 October 2015. Today is the date Marty McFly went forward to in Back to the Future Part II and it seems that many companies are still catching up with a forward-thinking vision of marketing from the 80s.

Let’s get it straight out there. The rules of the lead generation game have changed and for those that don’t wake up to this fact, life is going to get pretty tough.

Think about this for a moment. They built The Large Hadron Collider, found the Higgs Boson, then closed it down for two years to refurbish and upgrade it. Now it’s working again and smashing atoms together at twice the speed of before. In other words, they didn’t rest on their laurels, but decided to take it to the next level.

Yet how many companies have sales strategies which haven’t changed for the last decade, or longer; coupled with the attitude that they worked well enough at the turn century, so if it ain’t broke, don’t fix it.

Well, it is broken. Recent research has shown that the vast majority of companies buying in the B2B space do all their research and effectively make up their mind, way before they speak with a potential supplier. It used to be that buyers would contact potential suppliers early on in the process and sound out a few options. Now that has changed. Buyers are now feeling the need to do their own nurturing, to do their own research and fact-finding missions before they contact a supplier, at the final part of the process.

Why? Because too many sellers see nurturing as a game of one-upmanship, as an elaborate game of chase where details are held back, processes are obscured and details left teasingly unsaid. It’s almost as if they were hiding the Higgs Boson again.

We should take a lesson from the team at The Large Hadron Collider: you’re only as good as your last experiment. You have to constantly change and adapt, and push yourself to new heights. And don’t be as obscure as the Higgs Boson once was. Only this will help companies get out there and engage potential clients.

We use cookies to ensure that we give you the best experience on our website. If you continue without changing your settings, we'll assume that you are happy to receive all cookies on the Celsius website. However, if you would like to, you can change your cookie settings at any time. Close